Week five of the great ed-tech debate officially marks the halfway point of the winter 2019 EDTC 400 debate series. The topic under discussion this week was structured around the question “is technology a force or equity in society?”, and once again it proved to be a tricky topic to maneuver. At first glance of the debate topic, I was not really sure where I stood as it is not a topic I have explored in detail prior to this week. Brainstorming prior to this debate led me to believe, that yes, technology can be a force for equity in the broad sense. Consider wheelchairs, prosthetic limbs, hearing aids, and glasses which are all technology ‘tools’ that help people perform daily life tasks. It is difficult to challenge the idea that these ‘tools’ do not promote equity in our society but I knew there had to be more to the conversation to make it worth debating in class. I began the debate by siding with almost half of my class in agreement that technology is a force for equity in society but as always I knew I would have to be open-minded and considerate of reasonings from both sides of the discussion. I also knew that my decision was based on technology ‘tools’ that assisted with basic daily routine behaviors and that I did not have much understanding beyond this and that I had a lack of exposure to this topic. Due to the obvious divide in my classmates’ opinions, I knew there had to be valid claims for both sides of the debate. I looked forward to hearing arguments that connected this idea more directly to digital technology and education and was hopeful of gaining new perspectives concerning the depth of this topic. Below I discuss some of the major arguments made during our discussion and some of my personal thoughts regarding the topic.

Class Vote Prior to the Debate

The first point I want to address was critical to our debate and something we all needed to be reminded of prior to sharing our views. EQUITY is not EQUALITY and the topic under discussion required us to consider equity. Thus we were arguing whether technology can permit fairness and a world where everyone gets what they need based on their unique situation. It does not imply equality which would mean we all get treated the same because we are not all the same and thus, that wouldn’t be fair. It wouldn’t be equitable.

Arguments for the Pro Side

Ryan had the opportunity to lead the discussion arguing that technology is a force for equity in society. His introduction video did a fabulous job of introducing arguments concerning different aspects of society. He also made many connections to real-life examples which made his claims strong and hard to disagree with. 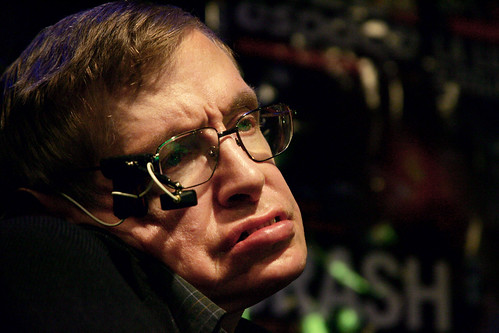 1) Technology helps people with impairments/disabilities in their daily lives: In his video, Ryan shared a statistic that in our world today there are over 1 billion people living with a disability whether it be physical, mental, developmental, emotional, or another form. Ryan claimed that people living with disabilities have less of a chance of getting employed and thus twice the chance of living in poverty. An article written by Padraig Belton introduces many revolutionary forms of technology that can help individuals combat their disabilities and bring equity to our society. some of the inventions discussed in the article include the Eyegaze Edge which allows people to control computers through the use of their eyes alone, smart glasses which accentuate the contrast between light and dark objects making images accessible to visually impaired individuals and talking hands which enable deaf and blind individuals to operate computers. As an example, Ryan briefly explained the story of Stephen Hawking who was an incredibly intelligent scientist tragically affected by ALS which is “a disease that gradually paralyzes people because the brain is no longer able to communicate with the muscles of the body that we are typically able to move at will.” Despite becoming paralyzed and losing is the ability to speak, Stephen was motivated by his diagnosis and the probability of an early death urged him towards many intellectual breakthroughs.  Hawking utilized a computer-based communication system that he could control with his cheek and eye movements. to help him communicate with the world around him, continue to follow his passions, and live his life to the fullest. Personally, this was the argument that swayed my initial vote and Ryan did an excellent job of providing examples to back up this idea. Technological tools and advancements create equitable opportunities for individuals living with disabilities.

2) Technology enhances the quality of education around the world: In an article shared by Ryan, Charles Kenny a senior fellow at the Centre for Global Development states that “young people are natural adopters of new technologies and certainly the potential for technology and digital media to be a force for innovation, education, and change is just beginning to be realized”. With the focus of this class being on incorporating technology into the classroom, I am constantly being introduced to the potential for technology to enhance learning and open doors to new learning opportunities for students. An example of this is the Dell Learning Program which emphasizes the importance of providing technology to those who need it most, thus illustrating equity. Dell’s goal is “to deliver sustainable connectivity and technology access to schools and communities” to help eliminate the digital divide which seems to be a consideration of every debate in the Great Ed-Tech Debate series and empower children all over the world to make their futures brighter. Programs such as the Dell Youth Learning Program are permitting technology to be a force for equity in our society by recognizing where help is needed the most and providing equitable opportunities for all youth via technology. 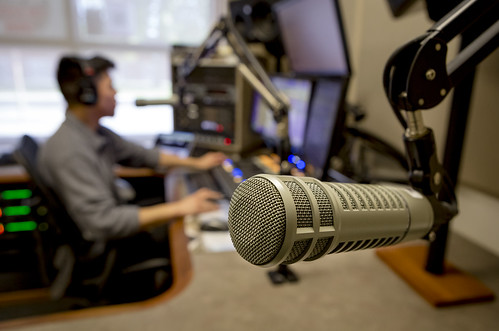 3) Technology gives youth a voice: Ryan’s final argument is a popular benefit of technology because, through the use of social media platforms, everyone is entitled to their own voice and have the opportunity to be heard by a global audience. An article by Baysia Herron describes how through social media youth are becoming more aware of world issues, and expressing their personal opinions, struggles, and emotions which is empowering them to advocate for change and allowing them to be heard. Due to social media, individuals no longer need to be adults to be considered participating members of society and youth are able to inspire social justice movements. For example, after the  Marjory Stoneman Douglas School shooting, a group of students became activists to have the gun laws changed in the United States and were able to rally together students against gun violence walkouts across the entire country. Students’ voices are very powerful and through technology, they have the ability to advocate for social justice.

Arguments for the Con Side

Kaytlyn argued the opposing side of the debate providing explanations for how technology is not a driving force for equity in our society. Her introduction video outlined key arguments important to consider when discussing the topic under debate, some which I had thought of on my own and others that were new to me. Some of her points even demonstrated the polar opposite arguing that technology can lead to inequity in society. 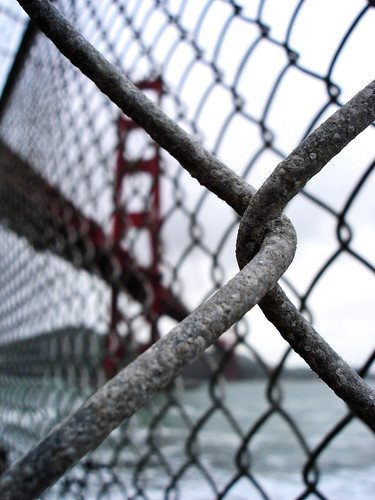 1) Digital divide, access, and equity: As referenced above in Ryan’s arguments, the digital divide is becoming a serious social issue but Kaytlyn was able to argue how technology is the cause of this divide rather than helping to eliminate it. She explained how there is an inequitable gap between those who have access to the internet and devices and those who do not. This article written by Chris Birdik addresses how low-income and rural students are at the biggest risk of being hindered by the digital divide. In the article, Chris interviews Eric Bredder who states that despite being able to provide students with fair exposure to technology and tools at school, he can not provide them with the tool he considers most indispensable to 21st-century learning – internet access beyond the walls of schools. Thus, there is a problematic equity issue because while “some kids can go home and learn, discover, and backfill information, other kids’ learning stops at school” creating a divide among students due to access of technology and the internet. Along with his idea are several other things to consider including whether there equitable access to technology across the globe?  What about even just our country, province, or community? Secondly, what types of technology do we have access to? Is it the new and improved inventions or models that can longer be updated to perform all of the modern applications? Now say we do have access to technology, are we all digitally literate? Do we have enough experience with technology to efficiently and effectively get the most of it? These questions addressed by Kaytlyn do not all have simple answers but they do illustrate how we cannot simply believe that technology will provide equity in our society without forming new inequities. 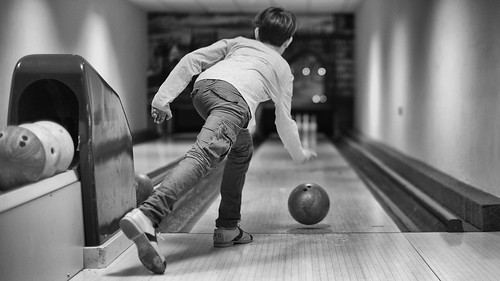 2) Digital Inclusion: Digital inclusion is a newer concept to me but this article connects it to the terms digital divide and digital literacy and defines it as “a framework for assessing and considering the readiness of communities to provide access to opportunities in a digital age”. Thus, it illustrates how for some communities there are issues such as not having access to clean drinking water or health care and vast amounts of the population living in poverty which are incredibly serious and can not be solved by digital technology. New domains of exclusion and privilege exist due to digital technology which is leaving some populations isolated from the vast digital realm and reinforcing inequity rather than equity. Kaytlyn referred to Shelly Moore’s bowling analogy to further explain this argument. Shelly connects bowling to teaching by explaining how the 7/10 split is the hardest shot in bowling and is achieved when we aim at the middle pin and leave the outside pins standing. When educators focus their lessons at the students in the middle realm of their classroom, they leave those who either require the most support or the most challenge are left standing alone. Professional Bowlers focus their aim at the pins which are hardest to hit because it provides them with the most success but we as educators are taught to aim at the head pins, the majority, rather than those students who challenge us. Technology may be a force for equity for the students who all already belong to the majority, but it has the potential to make the inequitable gaps between varying groups even larger.

Our class vote after the debate demonstrated that our discussion swayed more of us over to the side that believes technology is not a force for equity in society. Personally, I stuck with my original belief in agreeing that technology can promote equity. My perspective on this topic ensures that we acknowledge that technology comes in many forms and is not simply the digital world revolving around us. Running water in our homes, power, ovens, fridges, and lights are all technological advancements. Glasses, hearing aids, prosthetic limbs, and wheelchairs are forms of technology that allow many individuals to live ‘ordinary’ lives that would not be possible without them. I do believe that digital technology is causing some gaps between those who it is accessible to and those who it is not and I also know that technology will not solve all of our society’s equity issues. However, due to the many capabilities of technology, the possibilities it permits, and the new discoveries that are constantly taking form, I believe technology has the potential to help our society become more equitable for all.

Class Vote After the Debate

This site uses Akismet to reduce spam. Learn how your comment data is processed.